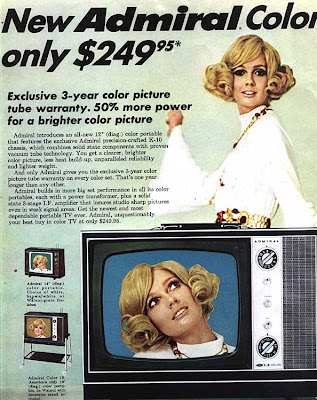 so my eyes are now officially square. well oblong at least. and ruined from sitting way too close to the screen. the whole first series of the wire in 5 evenings. thankyou westminster libraries. £2.60 a week sounded like a bargain at the time but geez have you seen how much specs cost these days... i'm ruined. apparently it's the best telly ever but i'm still not doing endless quality catchphrases or bad impressions or giggling to myself in the lift at that bit where mrs doyle won't let ted have cake or homer pours lighter fuel on the barbeque or arthur won't get the drinks in or even where that little duckling tries to get tom to eat it cos it's so ugly. and i've got a six week wait for series 2.

the raw herbs - so wired

Have you seen this:

My bloggie friend went the library for books and all she got was a dvd box set :) xx

I love the little duckling.

Specs are certainly a bit pricey nowadays. £333 I paid for my new pair a couple of weeks ago - and that weren't even for designer frames or nuffink! I have a stupid fancy prescription so the lenses alone cost £250+. Bah. I wouldn't mind but Vision Express *still* haven't got them ready for me to pick up. One-hour service my 'arris!

Funnily enough I started on that same box set just last night (well, not the exact one, but you know what I mean) - acquired some time ago but got distracted by two series of Early Doors bought at the same time. Now that is quotable... And rather more like life in my local.

Not sure about best telly ever - too early to say.

simon dear - ta for the nod. always good to see the old soaks getting another plug. i must dig out some rarities again

adam - i'm on a back breaking book run tomorrow honest. i've got a list and everything.

mr h - that's cos he's the greatest and i'd kill to be able to do that voice. not all the time obviously. i'm crap at impressions and accents and all that clever stuff

kp how bleedin' much. looks like i'm snatching them off of some hipsters nose and running

T'herbs has strong whiff of Galaxy 500 about it which is a very good thing.... stop watching the telly my remotes gone awol....

You know what I was first going to post? That I wished I could do the duckling's voice. Sheesh! Geddoutamahead woman!

Me and the missus did the first two seasons of 'The Wire' in six nights.....and then after a two day break, watched the first 4 eps of Series Three in one night.

Yeah, we've got Wire series 1 on the rental list and I'm not sure we're up to it. I think we're going to need the subtitles on. And probably some kind of Cole's Notes to follow the plot.

My idea of gritty crime realism is Marty in his white suit and chelsea boots prancing and grimacing around the flat while he whispers inanities from the beyond, and crumply old Jeff files the Ravi Shankar LP back at the front of the record rack. I'm not sure we're going to cut it...

And I reserve the right to drop out at the first sight of a maverick cop throwing the book away, and hitting the bottle because his marriage is going all to hell with the pressures of the job, and besides he's been antsy ever since he came back from...it's the Gulf these days, isn't it, rather than 'Nam?

Nina Simone's Baltimore always sounds great to me back to back with Scientist's Taxi to Baltimore Dub. Mmm-hmm. Like cheese and pickle.

Verbosity - it's a game for the whole family!