happy birthday to me... 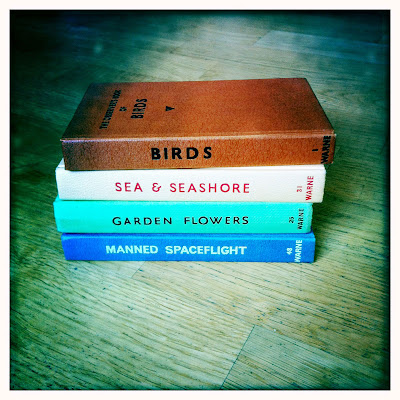 it's four this thing four flipping years of bafflement bewilderment waffling and heaven knows what. four. with a few little rests obviously but still. i got four of the lovliest little books in the world as a small present what with this year being a year i actually try and learn some things and all. facts and that. like that "immature gannets are first dusky all over, later piebald or white sprinkled with dark spots" and "towards nightfall a vague darkness may sometimes be seen rising slowly in the east : this is the shadow of the earth, cast by the setting sun upon the air". my brain's going to pop i just know it but it'll be worth it to read such magical stuff. i thought we'd best listen to some magical stuff too and i've been saving this for just such a celebration. it's one of my favourites. ta ever so chums for popping by and joining in

sam cooke - that's where it's at

Its sincerely been a pleasure. ;)

Happiest of Birthdays to you and thank you for being my recent best find. Ones of my favourites too.
x

Here's to many more

That Sam tune is wonderful isn't it? I'm pretty sure he invented the slow jam with that one.

Are you joining a pub quiz team anytime soon?

My dear, this place is MAGNIFICENT and so are you.

I've got 'Dogs' but my 'Wild Animals' went missing. It had a nice water vole on the cover too.

you're all too too lovely really you are... you've got me all oooh like that bit in the song that goes to say it's time to go and she says yes i know but just stay one minute more...
x

Four years! Have a super blog birthday and here's to another 4 years of top tunes.

Oh, sweetness - Happy Birthday! Just snuck in under the wire there. Enjoy your lovely books. I have British Geology and my lovely Dad has lots. Hope to see you soon. Thanks for over a year of marv bloggings and really delightful tchoons and pictures X X

Many Happy Returns, and many more happy posts I hope.

I have a couple of these books around somewhere but can't remember the subject matters now. I don't know why I don't have more - apart from anything else they are just a wonderful size, they sort of make you want to cuddle them. I think that I shall never see a Kindle lovely as a book etc.

Happy Birthday my Dear, ta for the tune and I'm not at all envious of your space book at all....

when the last number nine left mortlake garage there was a party on it music food loads of booze, you deserve a routmaster party all off your own,were youde go i havent a danny, but im sure it would be fun.
get that tony on the decks he rules.

ally - I love you more than fish n chips and mushy peas and bread n butter and a nice cuppa tea.

May all our hearts pump nothing but love - neath the shadow of the earth.

Cor blimey strewth guvner, who'd have thought. Many happy returns of the day.

btw the beautiful and lovely people at SoulJazz have put out a Bossa Nova comp that as far as I can see is second to none - packed with Edu Lobo stuff and much more - here lie samples http://www.souljazzrecords.co.uk/releases/?id=21869
xxxxxx

Happy birthday to you (squashed tomatoes/stew). Site is a joy - discovered some fab tunes I'd never heard before.