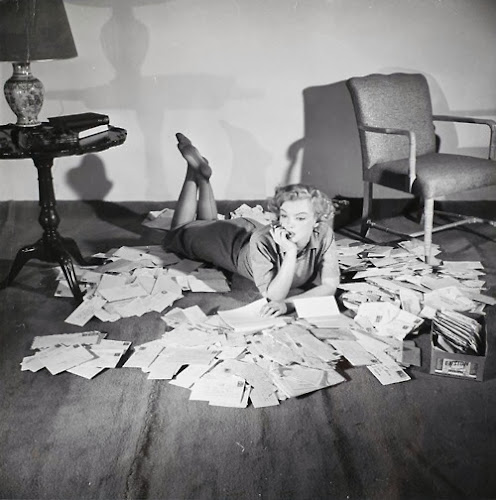 when did you stop sending letters ? i mean to your friends your lovers your grandad your pop group ? for me i think it was when i could afford to pay the phone bill. not actually afford it obviously but stupidly think i could then gasp in horror when the bill came. till then i wrote a lot to a small bunch of scattered friends. long scrawly often desperately honest things or at least that's how i remember them and that's how the replies or the replied to or the just out of the blue were and i know because a bunch of them still live in suitcase that's been dragged from under the bed to in the loft to behind the couch to on top of the wardrobe all the places i've lived. it's not been added to for such a long time

the box tops - the letter

Stationary/stationery. Nice. No need to worry about this league table nonsense.

ps
if you fancy getting the odd postcard message your address

oh you're too kind
x

In the 90s I corresponded with a mate of mine in New York for several years by mail. I have shoeboxes of letters from him and he still has all mine. Mostly life/love updates with a lot of "what's it all about?" wankery.

We stopped when he got email.

what's it all about wankery indeed squire... pages ans and pages

I still write to my Auntie Amy. She doesn't have emails and all that. But she makes nice sponges. Or used to, before the trouble with her legs.

lucky auntie amy. apart from that trouble with her legs. i do like a nice sponge too
x

I love to write a letter. Takes a bit of effort, but well worth it.
A legacy of scratching out sealable aerogrammes (blueys) whilst away on detachments in the military. I too have a suitcase full. I may never read them again.