if i'm buying your records your career must be in trouble... 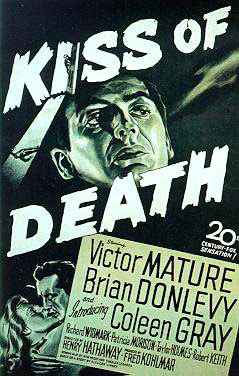 out of nowhere the other day a thought popped into the huge empty space in my head -
'are there any recording artistes i like who have had a long and happy career?'
and i couldn't think of any.
generally they make one blinding single, plod on for a bit being slowly rubbisher, then vanish. or they're just about to have dribble of success and something disasterous happens. or they're tortured miserable souls who make records they despise. or they're pretty much every soul singer who either gets ruined by smack or dies horridly. and lets not even think about the whole jazz thing.

what if it's all my fault? what if me liking you is a curse? 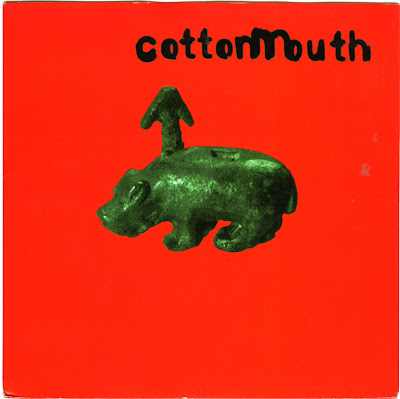 cottonmouth were my best friends brothers band and were kind of responsible for making me remember why i liked whatever that music that two guitars bass and drums make is called when i won't call it rock. for about ten years i'd been obsessing about rare soul and jazz and dancing at dingwalls on sunday afternoons and i'd forgotten the joy buzzsaw guitars and tom verlaine singing could bring. after one great single and one with a really good cover they got signed to atlantic and should've been huge, but just as their lp came out some big yank takeover happened and their record got lost and then so did they.
i should never've gone to see them, or bought the singles.
i'm very, very sorry.

you can hear the other side of this, which is just as fine, at beatfortwo

They'll never get over it. It will haunt them the rest of their burger selling lives. And you, I don't know how you can live with yourself. Except that bands might pay you NOT to buy their records. Like a protection racket.