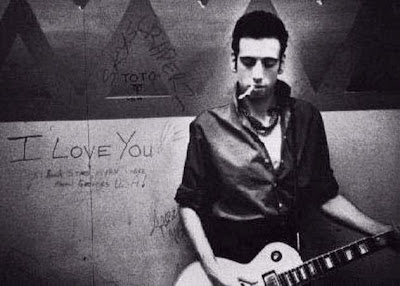 apparently it's strummer day today which is all a bit lady di for me. i'm not keen. it stinks of mass hysteria and idol worship and horrid phonies. and record company cash.
i stood in the rain on ladbroke grove and raised a clenched fist and fought a trembling lip while fat bald men sobbed on a horrible december 29th a while back but i won't have any part of this.
i will have clash day instead. i'll celebrate the 30th anniversary of their first lp.
and i'll demand people say as many nice things about topper simonon and jones. 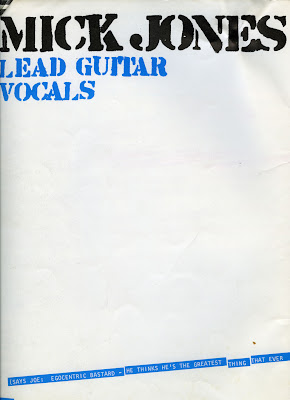 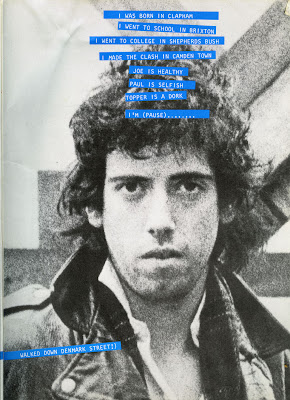 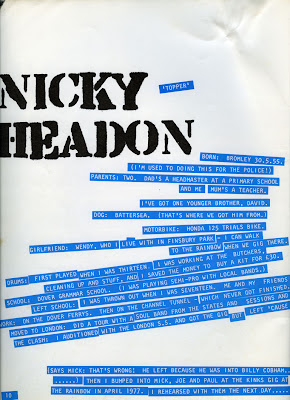 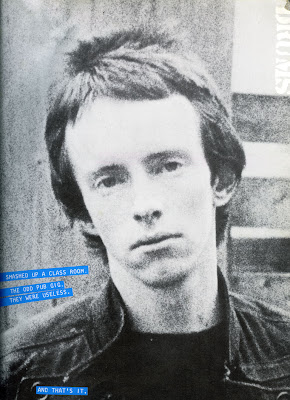 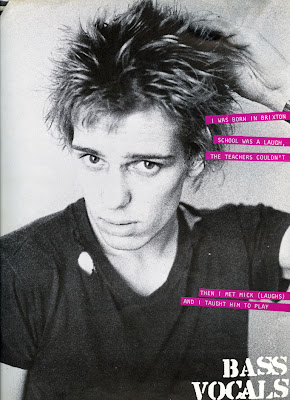 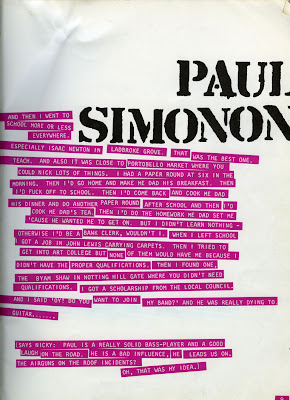 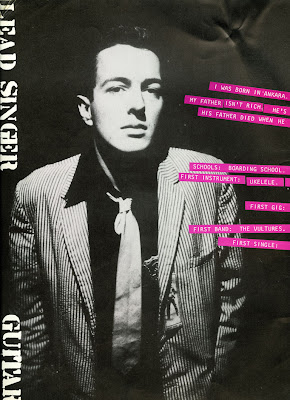 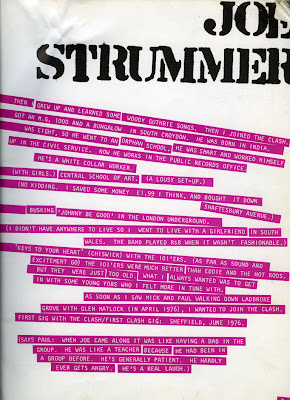 the clash are still a mystery to me - i can't explain why they still excite me and how they stir my old punk heart. i mean there's the records obviously, but if we're brutal that's just half a first lp, a couple of singles, one song off of 'give em enough rope, a side of 'london calling', the odd bit of sandinista, ''straight to hell' and you're done. but then i adore sandinista in all it's sprawling messy glory even if i can't remember the last time i played that much of it, i nicked off school for london calling and read every bit of cover and inserts and runout groove on the bus home, and those singles are complete control and white man in hammersmith palais. i never bought cut the crap but still braved alsatians in the lobby at brixton to see them one last time.
and they were rock which i despise and they left us in the grip of thatcher with only the specials for protection so they could support the who (for gawd sakes) and combat rock was so pityfully bad (but i'm glad topper made a few quid) but then i play armagideon time and always shout 'okay okay..don't push us when we're.. hot' and i forgive them almost anything... 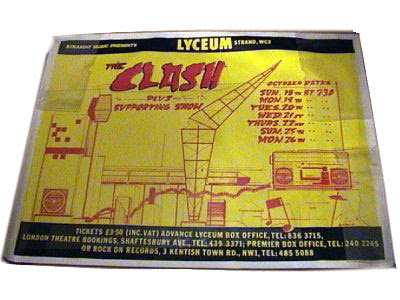 so we'll have none of this deifiction of strummer. no one bought melscaleros records, everyone laughed at his acting (although he's great in mystery train), he looked awful with that mohican, and he should've never sacked jones. but we'll miss him.

let's just put on our classics and have a litle dance

stay free kills me. every single time. i'm a bit teary just thinking about it.
the clash - stay free
and it's typical that a cover version on a b side ended up being almost my favourite thing
the clash - armagideon time

i've only just discovered the scrapped mick jones version of combat rock, rat patrol from fort bragg, which all of a sudden makes should i stay or should i go listenable again. you can download the whole lp from these nice people 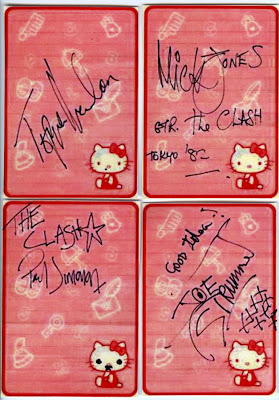 and if you've forgotten just how beautiful a live thing they could be here's a reminder...

Yep, wore out THAT side of my original 'London Calling' single too. What a fearsome sound.

Found a nice MP3 of the Willie Williams original(and other Clash covered tunes) at 'Some Velvet Blog' a month back.

I still think that first album is their best. Much as I like 'London Calling' I think it's reputation is a tad overblown and get annoyed here in America when it always tops some poll of The Greatest Punk Albums Ever Made - it's not a bloody punk album!

Sigh, by the time I started waking up to them they were Combat Rocking, then Mick Jones went BAD and Strummer tried to Cut the Crap. But it did inspire me to dig through the back catty-log, and "I'm So Bored With the USA" became one of my teenie chansons provocateurs.

And if this isn't too sacrilegious, here's a reworking of '1977' as penned by one Dick Scum of Armitage Shanks:

Wow. Those autograph scans made me smile the biggest smile.

they're my favourite bit too , especially simonons one where he's drawn a tash on his kitty.
thanks everyone
- the willie williams original is ace but i prefer strummers singing.
- there are times i've insisted haircut 100 are a punk band (i know, i know...)
- i used to see that armitage shanks lot a lot cos they were always on with my mate grahams ken ardley playboys.

oh and i won't have a word said against the lovely lionel.
x

I like to brag that I saw them live in 1979 but the truth is I didn't like them all that much at the time and only went because my sister (one year older than me) was a huge fan and my mother insisted I go with her. But they were pretty good.

Hi ally, thanks for your support over at 'Teenage Kicks'. Love your site, made me chuckle lots. Favourite Clash song? that's like trying to choose which one of your children is your favourite.
'White Riot' (LP version)
'Garageland'
'Safe European Home'
'White Man' could go on and on...
Nice to meet u!

Joe turning into the John Lennon of the punk era - i.e. ye shall not say a bad word about him or him or ye shall be cast out from the cool folk's temple.

You're a bit harsh on the back catalogue mind you.....I find I can still lsiten to about 90% of their stuff without cringing.

i was just being mean for effect - i can happily play everything from start to finish really - it's just that there's only a bunch of truly magnificent stuff.
x