the music of our hearts 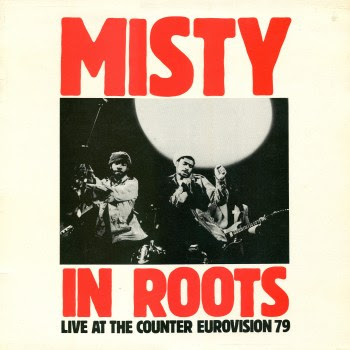 so it's festival time again and once more i shiver at the horror of a zillion people in a field waving their hands in the air like they just don't care and all the accompanying awfulness. my poor shattered attention span can barely take twenty minutes of my favourite music in the world without wandering off to the bar then sneaking home and the very thought of an encore fills me with dread so three days solid of some of the terriblest acts on the planet with the added unthinkable misery of camping and warm booze is right up there in my most gawd no i'm not going there list of things i'm not having anything to do with.
it is a time which for the past few years had been brightened by the sight of john peel in a funny hat sitting on a bale of hay and trying not to laugh at a stream of incredibly wrecked co presenters on the telly coverage of glastonbury. i'd always turn off when the bands started again but those little snippets of joy almost made me forget the surrounding terrors.
anyway this record always makes me think of peel too - i heard it first on his programme back when i was a nipper and it was the first reggae lp i bought. it popped up on his desert island discs too (i'll dig out and put it here somewhere eventually - it usually gets me blubbing) and was even more magical on radio four on sunday morning than all those years before trying to stay awake late. "the start of this sums up,i like to think, if there's an ethic behind the programme that i do for radio one, this sort of describes what it is"
and if you must have a festival i've never heard a better name for one than the counter-eurovision.

misty in roots - mankind (live at the counter eurovision)

Yay! The More Reggae In The Blogosphere Campaign gathers pace!!

it's johnny osbourne next
x

My feelings exactly on the whole festival malarkey. And on John Peel, just the mention of his name gets me all misty eyed.

Yes, it's good to hear some reggae in the blogosphere, especially of the Roots variety. Must dig out some more for posts on Feel It (for davy h at least).

Thanks for your comment on mine, it caught me mid-composition! I'll link you soon.

Great song. 1st heard it on John Peel's show many many years ago and bought the album on the strength of it...

Haven't heard the Misty album in yonks, Peel played it to death.

Well, you see right there in the first paragraph is the very reason that I keep coming back to this blog. Very few people are prepared to admit to that. Everyone feels it but because they don't want to seem uncool they lie about the 'fun' they've had. It's like new year's eve. Festivals are like the king's new clothes. Someone needed to stand up and say 'Festivals, you're stark naked'.

What a great record, and tragically hard to get hold of these days (my copy is CD2 of a nasty cheapy 2CD comp on Recall, ugh).

I believe that the Counter Eurovision was held on the same night as Eurovision itself, presenting itself as an alternative. That's a move I have mixed feelings about, but those were different times, I suppose.

I really like going to see a group play, getting excited about seeing them play, it being something special. I feel decidedly unenthused about the thought of a pile of acts, even acts I like, all jammed into a day, or a weekend, and that's before we even get into the horror of tents.

More Reggae In The Blogosphere, you say? Never being one to miss an opportunity to plug my own blog, I'd say: 'have a look at this.'
I'm particularly fond of the old cross genre cover version, myself and there's a couple of fine examples at junkfood philosophy in a little piece about the strange world of videoing your own record player and posting the results on Youtube.