i hear a new world 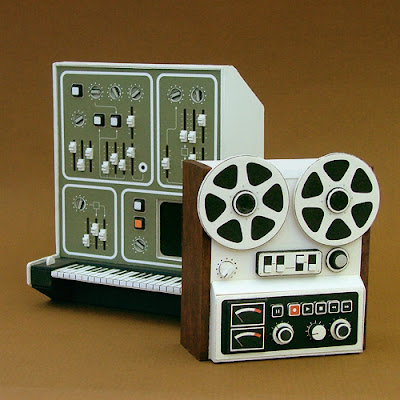 trolling about flickr can sometimes leave me with nightmares of auntie doris in the park or a million cats looking dumb or our car parked on a road or eight zillion bits of crap graffiti and often all of that muddled together in some horrible mind bogglingly dull mess. and then there are days when everything is saved by geniuses like dan mcpharlin and his cardboard miniature synthesizers. i want them all. 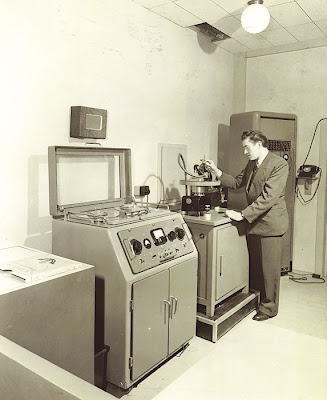 they make me think of joe meek who would've surely dreamed of such fantastic creations every minute he wasn't dreaming of handsome young things in his favourite cottages. 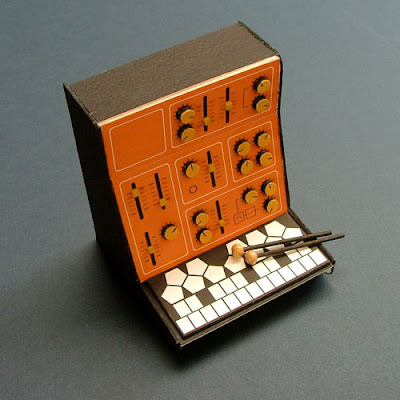 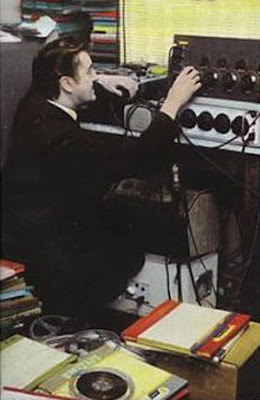 it's not often mentioned that the adorable mr meek unleashed the very first explicitly gay 45 on an innocent and oblivious 1966. admittidly it's tucked away on the b side of a tornados single nobody bought but it's there all the same in all it's camp queeny fabness.
jon savage has written about all of this in much more detail and style than i'll ever get round to so read all about it properly there.
you can marvel at those innocent times along with the tornados and the rest of not too swinging really london here first. wilder, madder and camper than a beatles hairdo...

the tornados - do you come here often?

and just so we don't forget just what a proper pop pioneer meek could be here's his super smash space hit without which modern music would be just ...oh you know all that already don't you sweeties so i won't blather on 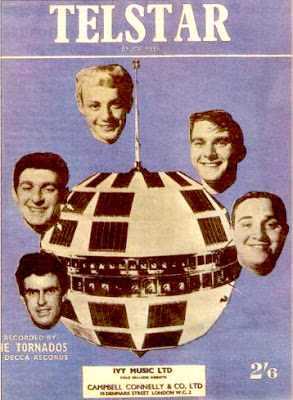 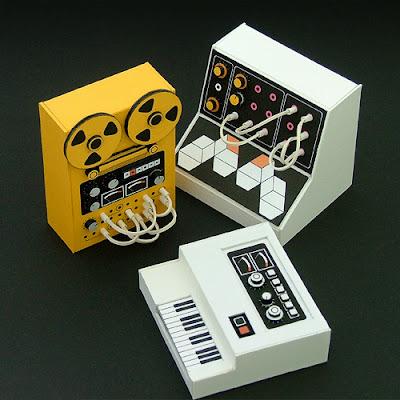 with thanks to the lovely brogues for the tip

Proustian rush alert: One of my old git stories. Is the first computers I saw at school it was in the early seventies. Our teacher who was most forward thinking brought a computer to school. Her husband worked for IBM and he lent her one for us to see. It was like your picutures a tiny 1:40 scale model of giant mainframe made out of card board. It had a console and tape bank. Our teacher told us it was the comimg thing(she wasn't wrong) I think we all had to do a cross stitch picture of robot on hessian as well. Re: Joe Meek the intro to Telstar is deeply strange it sounds more like Sonic Youth than a jolly pop hit.

Glad you like the wee chaps! If I was minted I'd go on a trolley dash and get loads of 'em. Thanks for reminding me of that Tornados b-side ... I haven't thought about that in years!

Those miniatures are fantastic!

Went to see 'Goldfinger' at my local arty cinema tonight and the synthisisers remind me of all the techie / computer stuff in the film. This is a good thing - the film in all its digitally remastered form was just sumptuous.

I have always held out the hope that 'Telstar' was not really Maggie Thatcher's favourite single of all time, just the only 'pop' record she could think of when asked...Because of course it is GLORIOUS. And she, as older readers will remember, was not.

someones making a film of the joe meek play thingy 'telstar' apparently , can't remember who but i think it's someone alright.
i'm really looking forward to that old british films at the picture doohicky- is billy liar on?

You've made me come over all retro-futurist. Tomorrow I shall start dressing in a SHADO stylee...

Wow, what a great post, love those cardboard miniatures are great !!!

Wow, what a great post, love those cardboard miniatures are great !!!

These are amazing - has anyone here seen any Thomas Demand stuff? It was on at the Serpentine last year:

Similar stuff, obsessive cardboard models of real world tedium. Allegedly made full size and then photographed - including room full of beige photocopiers (sadly not on his website, but can be found by typing his name into google images though) Fortunately the dead Yucca in a plant pot has made it onto the site.