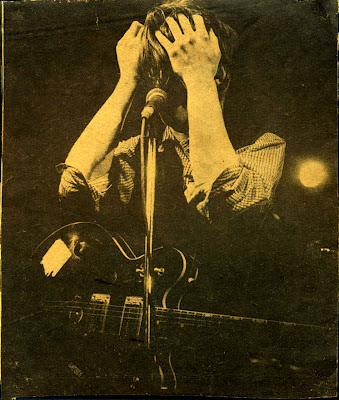 by my reckoning the 19th and 25th of november will be big nights for london's babysitters what with every creaking old soak heading out to celebrate dear edwyn's return to the stage so book em in now sweethearts before it's too late. i know he's playing in that camden first but camden smells and we'll all be needing a little sit down in a nice theatre not a sticky dancefloor with nowhere to put your coat. and we get vic godard.
for those of you who can't get there that nice mr collins is doing a live webcast (how modern...) tonight at 7 o'clock
edwyn collins live webcast tonight at 7

way way way back long ago we pretended to interview edwyn for the first horrific go at a rubbish fanzine. sat upstairs in the cambridge in soho with a whopping great radio/cassette with a comedy built in microphone we forgot everything we were going to ask him and tried to keep up with his trips to the bar. on the way home i had to get off the tube to be sick. being the considerate kind soul what i am i tried to be sick in a bin (there used to be bins on platforms children where could put rubbish - imagine that) but it cleverly had no bottom so i was sick on my shoes. a night to treasure all round then. somehow from the tinny garbled noise left on the tape we managed to cobble together this mess. 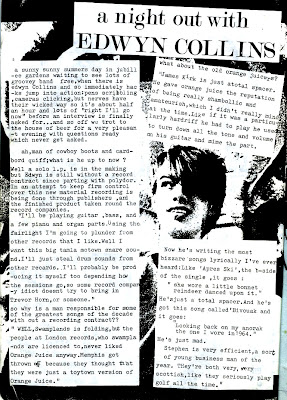 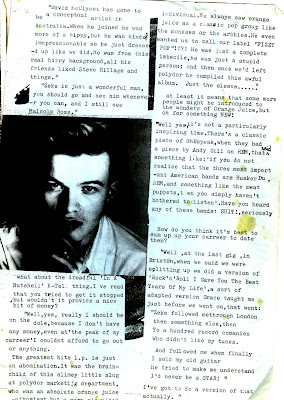 Email ThisBlogThis!Share to TwitterShare to FacebookShare to Pinterest
file under and i just can't hide it

I really enjoyed reading that - thanks! (he was wrong about R.E.M., mind.)

Miss Ally, you are a legend.

I'm very jealous about the show (and Vic Godard!) Your interview was terrific.

A couple of years ago we went to Australia, and I was stunned to discover that the Lonely Planet guide to Melbourne I picked up was written by... David McClymont. Yes, the very one. Now, THAT'S an obscure Orange Juice collectible!

you'l be pleased to hear that the dingwalls show (26th) is being recorded for bbc 6 and the interweb so you can enjoy it all from the comfort of anywhere but camden.
x

details of the dingwalls show on the radio and to watch online are at
http://www.bbc.co.uk/electricproms/2007/artists/edwyncollins/