i give it a week 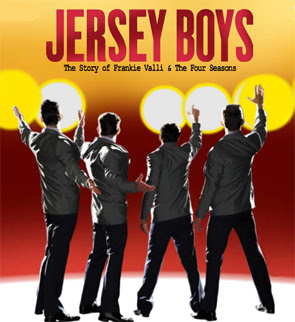 now i know he did a good bit of cashmere and big hair with little carmine on the telly and i've got three of his records but that doesn't quite seem to add up to a brilliant idea for a west end blockbuster. there's the slaughter and the dogs cover version to fit in obviously which might drag some old soaks out of the intrepid fox but i'm guessing it might all be a bit of a struggle. then again 'you're ready now' is ace and has the honour of being pretty much the crackliest 45 in the box. if anyone need tickets i'll be going past later. 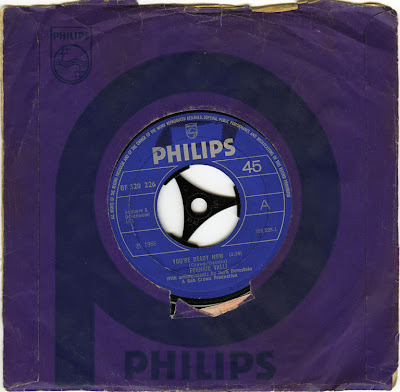 You know what, I've got this on a Northern Soul compilation and I've played it hundreds of times without ever once realising it was Frankie Valli. Stone me but I'm an ignorant cuss.

these things are just strange a musical of a maddonna film with songs by blondie but blondie songs.....

desperately seeking susan musical written by debbie harry but not (missed that bit out) containing any good blondie films. It's confusing a pointless somehow.

Top tune. You're doing well if that's the crackliest 45 in the box - I was expecting the full bacon and egg!

P.S. I just played this back to back with an mp3 of Joe Bataan's 'Uptown' that a mate mailed me. Blinking blimey, they sound good together. It's like the sun's come out.