so high that we won't ever stop 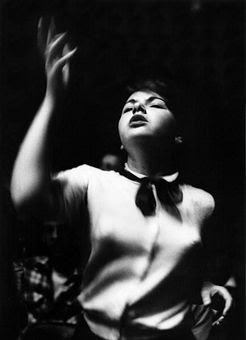 IanLevine — 06 December 2007 — "This record started my music career. I started DJing at Blackpool Mecca at the tender age of seventeen, and within a year, I had broken this record massive, till it first got bootlegged, and then reissued legally, and made number two on the national pop charts because of it. John Peel came up to Blackpool from Radio One, to interview me, to find out how an obscure 1960s soul record had suddenly appeared at number two on the pop charts, and all down to just one DJ originally. This was in 1973, and then twenty six years later, I got to film Robert performing it for our documentary "The Strange World Of Northern Soul". Born on the 24 April 1945, in Franklin, Tennessee, USA, Knight made his professional vocal debut with the Paramounts, a harmony quintet comprising school friends. Signed to Dot Records, they recorded "Free Me" in 1961, a US R&B hit, outselling the cover version by Johnny Preston. After this initial success their subsequent releases flopped and resulted in the group breaking up. Unfortunately, they also broke their contract with Dot and were prevented from recording for four-and-a-half years. Knight continued his studies in chemistry at the Tennessee State University where he formed vocal trio the Fairlanes. In 1967, Knight was spotted performing with the Fairlanes in Nashville, and was offered a contract as a solo artist by the Rising Sons label. His first recording, "Everlasting Love", written by label owners Buzz Cason and Mac Gayden, was an immediate success and earned him a US Top 20 hit. This enduring song was an even bigger success in Britain the following year where a cover version by Love Affair reached number 1, and in doing so, kept the singer from progressing further than a Top 40 position. Knight scored two further pop hits at home, "Blessed Are The Lonely" and "Isn't It Lonely Together". In 1973, he overshadowed his previous chart entry in the UK when "Love On A Mountain Top" reached number two. However, the reissued "Everlasting Love" went some way to making amends the following year, this time achieving Top 20 status. He continues to occasionally perform and record."

and looks sharp as sharp

and we can't not wallow in the always glorious association. beardy weirdy and tambouriney

and there's me with no magic sponge

Yeah baby. Here he is on TOTP, back in the day.

As I look from my window this morn and listen to the Sound Of The Sixties on BBC Radio 2, the sun dappled cherry pink and apple blossom falls like confetti upon a dewy bed of lush green whilst a mischievous squirrel scratches his nuts.

'Never My Love' catches the mood.

It's not so grim oop north. (Unless Leeds dont get promoted, obviously).

And that Ed Sullivan bloke was actually a bit rubbish wasnt he? (I guess I'm not allowed to say that though?)

Well, yeah...no disrespect, but I do remember "love On A Mountain Top" getting endless airplay on the Dutch offshore stations Northsea and Veronica...so I think at least a bit of credit where it's due!!

Oh you wouldn't want to play tennis with that Ally would you now? Wonderful. I think this will have been the first 'soul' single I ever loved when it was a hit. I can remember shuffling my feet to this at the under-11s disco down the local scout hall. Won a prize one week (Ken Boothe's Everything I Own) for being best dressed. But not as elegant as Mr Knight!

Love on a mountain top was the first record that met my ears as I came up the stairs the first time I went to Wigan, I can never hear it without feeling that moment and walking into the heat, sweat, clapping all over again. Great to meet you at the betsey.

Ooh, I love the Association.

Yep, liking both Never My Loves but I think the Association edge it.

it's the taches that swing it
x