so wrong it's got to be right 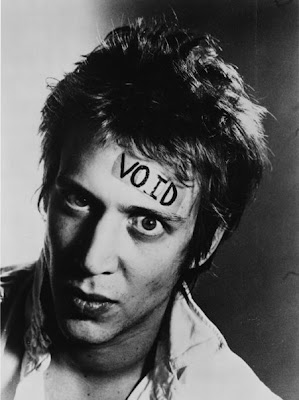 if i ruled the world pop idol would be a thrill a minute adventure with contestants trying to burst the poor ageing singer out of generation x but what with another weeks dastardly deeds ending only with mauled henchmen and exploding secret hideouts that's looking increasingly unlikely. i blame stevie wonder. not for the downfall of my nefarious organisation but for all that round the note caterwauling that clogs up our tellys and drags dannii minogue screaming out of her favourite lap dancing clubs. not that i've ever watched any of that muck obviously. and i love stevie. i just can't help thinking that's where your mariahs and everyone got the idea and ran with it. and they laugh at the poor suckers who can't sing when obviously they should be cheering them on with screams of it's the new richard hell no he's more lee hazelwood neil tennant ronnie spector jarvis cocker ari up phil ochs bobby dylan even hell all those gorgeous marvels of non singing who are worth more that a zillion four octave nightmares

richard hell and the voidoids - time

Email ThisBlogThis!Share to TwitterShare to FacebookShare to Pinterest
file under call that bloody singing week

heh, almost the entire history of modern music wouldn't have made it through the auditions on those shows.

I actually quite like Leona Lewis' voice. Shame the records are crap!

Cliff was robbed by fascist he's the true street fighting man. We are allowing the big O in though aren't we ;)

But I wonder if the fresh-faced Paddy McAloon would have squeezed in??

Ian Dury, Poly Styrene, Joey Ramone, Mark Stewart. If you take all the great non-singers out of the punk era, there's not a lot left, is there?

Robert Wyatt's a funny one, isn't he? He can sing really intricate melodies but there's usually something a bit wonky or approximate about the pitching.

I liked JC's list but don't think Tracy Thorn or Liz Fraser should be in there. Liz F's style is a bit, erm, unorthodox but she's got a bit of range, and she can hit the notes. And Tracy T was enough of a 'proper' singer to handle a standard like 'Night And Day', even back in the days when 'Distant Shore' was such a wobbly lo-fi 4-track marvel.

My favourite caterwauling: Ari Upp and the Slits tearing up 'Love And Romance' at the Lyceum 1978. They gave The Clash a run for their money that night!

Nico. Now there was a woman who 'couldn't sing'. Bloody marvellous though.

Siouxsie swooping all over Metal Postcard like a hungry seagull after your cornish pastie; Laetitia Sadier flat as a pancake on just about everything; Bryan Ferry's demented gargling on the first Roxy Music album back when they were proper Eno-fuelled art-rock weirdos.

they're bloody everywhere. call that music it's just noise.
x

and whys everyone not howling with laughter at my hilarious pop idol joke ?