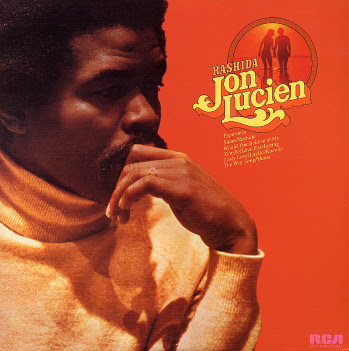 now jon lucien has died. there's going to be no one left at this rate. bollocks.

if i had to have a favourite song, well if i was absolutely tortured to pieces and had to name just one or i'd get tortured even more, or if someone just gave me a large gin, i'd shout would you believe in me off of rashida that lp i paid fifty quid for and then it got rereleased and now you can get it for five ninety nine in selectadisc or whatever it's called these days. i'm not going to try and explain why or how or anything because it's too magical and means too much to me but everyone should own rashida if only for evil terry thomas style seduction nights. it will never fail you i promise.

jon lucien - would you believe in me

i know you'd never guess it but occasionally i'm a sucker for a musical. not a horrid west end abomination but a calamity jane or a my fair lady or an oliver!
see if you can spot the bit that always makes us howl and spend the rest of the day pronouncing things stupidly in this fabulous version of little twists burst of joy

jon lucien - who will buy

so goodbye jon lucien - you made records i love. 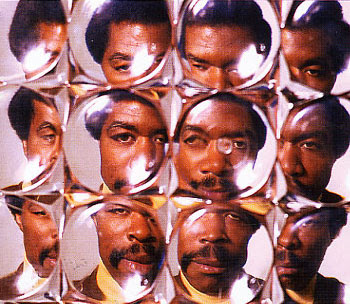 dancing with tears in my eyes 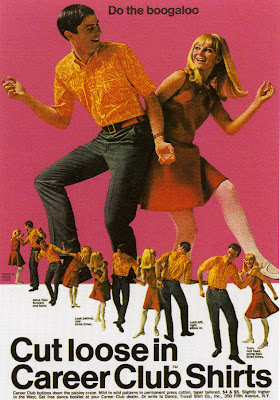 there was a fabulous moment at the very last party on the roofs of soon to be swallowed by the new kings cross battlebridge road when 'the bottle' blasted out - the night exploded with whoops and hands in the air and beaming faces. how does such a tragic tune do that? and why do we ignore the desperate pain and heartbreak of a million floorfillers when the urge to shake and fingerpop proves impossible to resist?
i can't think of a single jolly northern soul song right now. i know there must be loads but my head's full of 'i hurt on the other side' and 'love gone bad'. oh alright there's ' you turned my bitter into sweet' for a start but soul, funk and disco are built on hi hats and tears and the hits that send us charging to the dancefloor should really have us sobbing in the dark.
come to think of it some of my best moves have been busted to 'home is where the hatred is' which i think proves my point perfectly... 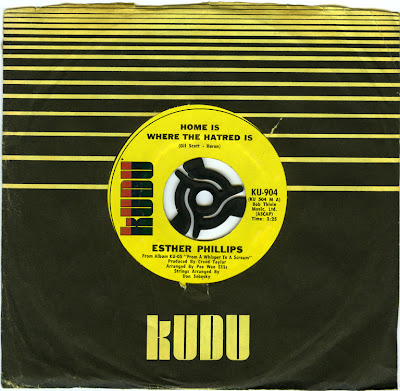 esther phillips - home is where the hatred is

i think this one is going to run and run.
8 comments: 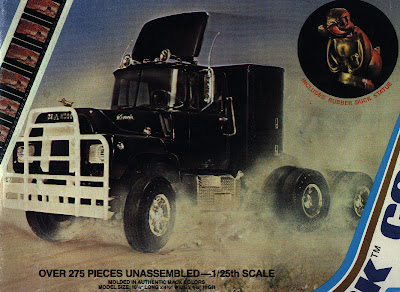 i should never start these regular features but at least this one follows the each week builds into a fantastic collection for you to treasure rules - rope em in with a bargain flashy first issue then get horridly sidetracked with a host of other rubbish and only get round to the rest of it when you can't think of anything else.

so here's part two of your make your own truck driving hits compilation eventually but i wouldn't hold your breath. or at least only plan very short journeys.

i was mighty impressed by the recommendations that came flooding in after issue one but i'd pretty much never heard of any of them and i'm still trying to find red sovine records so you'll have to settle for the corny old muck i've cobbled together.

oh yes it's 'rhinestone cowboy'. we saw glen campbell playing to a hall full of old ladies last year - it was sad as hell and we ran off to the boozer in tears after two songs. he was trying the poor dear but nothing was going to rouse the massed ranks of manchesters retired. when they started clapping along out of time i wished i'd remembered my uzi... 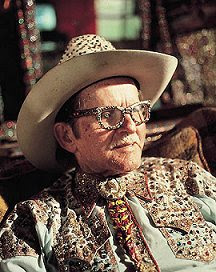 this handsome chap is loy allen bowlin and you can read all about his rhinestone studded house, dentures, and polyester creations at the kircher society
5 comments:

Email ThisBlogThis!Share to TwitterShare to FacebookShare to Pinterest
file under 02

that bloke off the telly, not richard and judy richard the other one, no the other one. no that's stuart hall. him, you know, that bloke 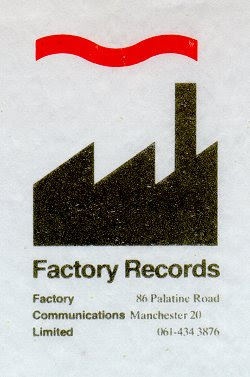 factory ruled my youth. haircuts overcoats basslines. we bought stockholm monsters records and scrawled section twenty five on the side of supermarkets. tony wilson was on our tellys every teatime being not as famous as the bloke off the krypton factor but making up for it by occasionally baffling the whole of granadaland with the buzzcocks or the fall or some other hellish end of show racket. we got stuck in blackpool and had to ring my dad to come rescue us after our first glimpse of new order being rubbish. we went to gawp at a building site full of bricks and girders with a little fac 51 plaque stuck outside months before we got to wiggle ridiculously to the velvets on an empty dancefloor. it even got all over cards i've miraculously still got from my eighteenth birthday. i think they missed a jaunty marketing trick there. 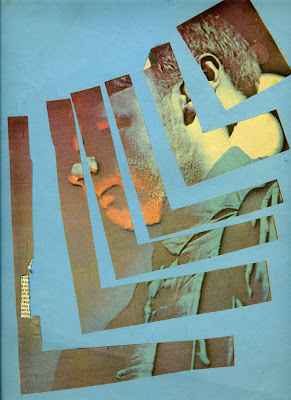 postcard and fast product will always be mine but i'll always love a label with no contracts and huge ideas and popstars changing lightbulbs even if i hadn't bought one of it's records since fac 128. these are a couple i couldn't bear to be without

a certain ratio - the fox 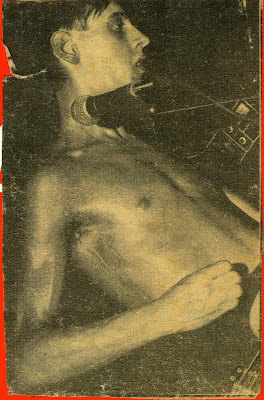 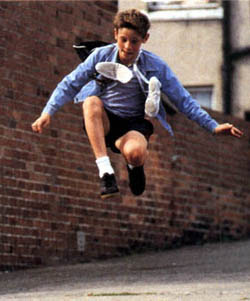 i heard a town called malice accidentally yesterday and my exercise bike sweat froze. it's okay if i'm ready, if i play it myself and grit my teeth, but if it creeps up on me there's trouble. it's billy elliot's fault.
i pretty much start crying if i even see billy elliot in the tv listings and to sit through the whole thing again would need easy access to the eec tissue mountain at least if not kleenex factories worldwide. and before you all start with your 'it's just that film about a kid what does ballet' it's not. well it is a bit obviously but it's about lots of other stuff as well. i would tell you more but a brief terrible flirtation with film studies when i was a nipper has left me horribly scarred, incapable and certain that academic criticism will tear the joy out of anything you love.
without even touching on all the emotional stuff i find it impossible to resist a film set around the miners strike which pretty much formed me politically , a kid clearly modelled on madeline out of gregory's girl, and which uses some of the music i live for so faithfully. hell just watch the bloody thing cos you'll be glad you did. and before i forget - elton john cemented his place at the top of my first up against the wall come the glorious day list by contributing to the what were they thinking the stupid buggers west end travesty version. i despair sometimes i really do.

ps i heard a town called malice on the significant others edition contrast podcast. don't listen to it if you're even slighty heartbroken. it should have a health warning. really.
6 comments:

dinner and dancing and love 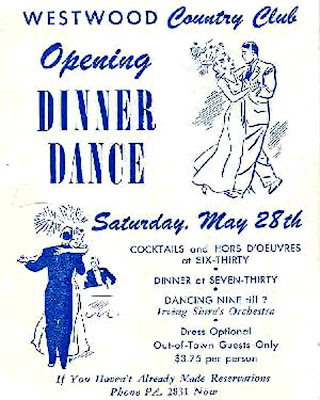 i've been getting all behind with my contrast podcast plugs but the last two go together quite well so i think i've got awy with it.
has anyone ever been to a proper dinner dance? i've never seen the attraction of sticking the two together. the last thing i'd want to do after a big dinner is dance. i want to sit around with a bottle of something nice and rattle on endlessly. going dancing is all about spending far too long getting ready with a few too many just a small ones and being much too excitable to eat.
so instead of dinner for two before dancing lets have numerous visits to the lav for whatever reasons - a nasty bug, a nice spot of cottaging, a peer through your favourite glory hole, or whatever else takes your fancy 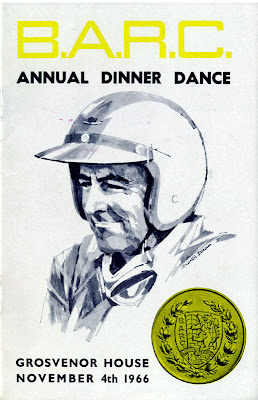 the dancing turned into a spot of dj russian roulette which i'm afraid round my way would've become a bloodbath in seconds. we're merciless when it comes to the serious business of shaking a tailfeather so i played it deep and safe

the meters - just kissed my baby

well if all that nibbling and wiggling has worked it's magic you should have something tasty and adorable to take home with you so now you need to get serious. there's no larking about where seduction tunes are concerned. you need to show some class so there's none of that greatest love album in the world ever you got off the front of the mirror a million valentines days ago.
just get your smokey robinson records out, play 'quiet storm', and pucker up good...

sorry i forgot your birthday... 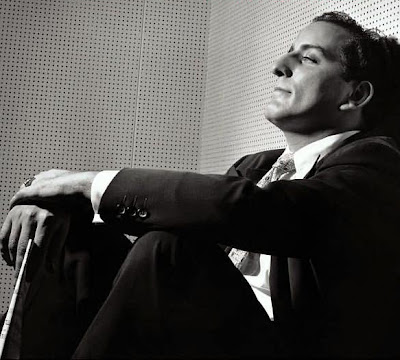 ...but oh hell there's no excuse really i was just rubbish. i do this too often which is especially stupid because i like birthdays. not in one year older kind of a way but as a celebration of the day those we love were born one. and i like getting presents just right too but then forget how terrible i am at shopping so invariably the whole thing turns horridly bad.

any way.
friday was tony bennett's 81st. he'll probably be playing his beautiful music somewhere when really he should be wandering round a supermarket in his slippers telling everyone he passes ' i'm eighty one you know, eighty one. i'm eighty one...'

if you ever get chance to go and see him work a crowd then go because he's a master.
he'll tell you he loves you and that you're beautiful and that he's having the best night of his life. well he has done the three times i've seen him and i believed him every time. he's ace like that.
i still can't quite belive that i missed him play at madame jojo's, a tiny little basement drag club in soho a few years ago. i used to go to the lounge core night there lots but was stupidly elsewhere the night tony and his pianist just turned up after a big proper show in town to play a few numbers. bugger. just imagine how brilliant that would've been. arse.

i would've loved to've been there for his mad overblown everything but the kitchen sink shows way back when too. he might've played this and i'd've been ecstatic 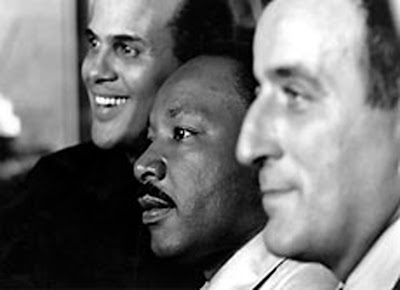 if you only get one lp get the movie song album. obviously don't just get one get lots - the bill evans ones, in person, a greatest hits should do it. this is off of the movie song one just to show he can do quiet too

you can head over to tony's party at the ghost of elecricity's pad where he's doing teen anthem quiet nights with it's keeping it real doing it for the kids classic lines
' my world was dull each minute
until i found you,
innit ' 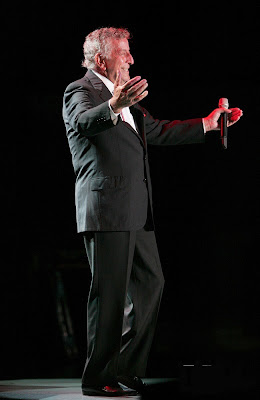 tony's spot on the much missed muppets tonite was the highlight of the series. if you have any spare cans of the ultra rare rigatoni bennett let me know.
and don't miss the marvel of monkey hair flicking over the end credits - muppet magic. 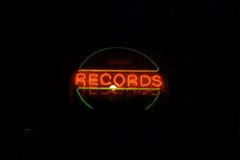