get your stinking hands off my record 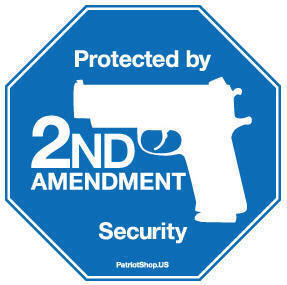 so i've tried to think about the songs that no bugger should ever fiddle with ever again if they value their kneecaps. these are the fine and beautiful suggestions we got on our first go.

planet mondo - john martyn may you never
davy h - surf's up by the beach boys/brian wilson
mrs h - the jam's town called malice
rob - maceo parker's soul of a blackman
fire escape - heaven must have sent you by the elgins
brogues - glen campbell galveston
pretty much everyone - 'witchita lineman' and what's going on
me - the clash white man in hammersmith palais
and
cricketer by his harperness;the heart of saturday night by tom waits; heaven or las vegas by the cocteaus; all bacharach & david songs recorded by Dionne Warwick
bacharach & david's close to you the carpenters take
move on up
love will tear us apart
the stranglers' golden brown, sex pistols'pretty vacant
neil young cinnamon girl
i hate hate by razzy and the neighbourhood kids
the angels' my boyfriend's back
cold heart by the jasmine minks and stop that girl by vic godard & the subway sect
hip hip by hurrah!
and don't touch cattle and cane.

the thing is the more i worry about it the more songs i want to hide from all the evil little devils who would do them harm and now there's no room under the floorboards for the bundles of cash the vat man will never see and if i'm not careful i'm going to have to make some room in the lock up. it's getting all out of hand.

there's 20 million more and some even made this century but if i don't stop now i'll go completely bananas...

Email ThisBlogThis!Share to TwitterShare to FacebookShare to Pinterest
file under right click and save as even though you've got them all already

So I'm guessing that you hate that Paul Weller version of Wishing On A Star? That's a favourite with her indoors! I don't mind it either - does that mean that I'm banned from here now?

There are some truly terrible or pointless covers on the same album though - he shouldn't have been allowed anywhere near The Bottle or All Along The Watchtower.

(Whereas Jimi's Watchtower falls into the category of Covers That Vastly Improve On The Original. Different topic.)

How about "fairytale of New York by the pogues" and Kirsty Macall (as proved westbluezone or whatever they are called)
Is there any point anyone singing any song Aretha's ever sung after her version? Litle star by Stina Nordensturm (?) I would've said for many years song to the siren by this mortal coil but the Czars version is if anything better.
Also collison of time, place and song helps there's no point redoing ghost town by the specials as it was perfect for the moment it came out.

Time to hold my hands up: in my yoof I bought Fresh 4 featuring Lizz E's version of Wishing On A Star. I've probably still got it knocking around on 7" actually. Shameful, I know!

I'd have to add almost any Motown track - why even bother? It's almost impossible to be better or outfunk the original (unless you're a motown act).

spud - that weller shouldn't be allowed near anything. he's been guilty of some terrible terrors.

bltp - i was going to have ghost town but if i start again my list is going to be endless. although i always lose lists or forget everything i put on them so it probably doesn't matter.

kippers - i've got that too and if she'd just sing different words it'd be a smasher.

davy - i'm still here crushed me for weeks after i first heard it (it's on 'alice') - i hope you've recovered.
x

I know you shouldn't apply laws retrospectively but I was in the offie on Friday night and they were playing Thinking Of You (the old Sister Sledge song) as recorded by Paul Weller - I say we go round and knee cap the bastard right now.

Song For The Siren: if the Tim Buckley original had been given protected status we'd never have had This Mortal Coil!

Only Motown acts allowed to cover other Motown acts? Interesting. So we'd still keep Smokey's 'Heard it Through The Grapevine' and The Undisputed Truth's covers of the Temps? But that would mean losing Carmen McRae singing 'Superwoman'...

Ally - are you sure you've chosen the right Rose Royce? Make it 'Love Don't Live Here Anymore' and we'll never again have to hear Jimmy Nail alighting on it like a great clumsy flapping shitehawk.

...and the Motown rule would mean no 'Ma Cherie Amour' by Jon Lucien. So that's not a goer. Unless you write in a Stevie Wonder clause.

And The Beat's upbeat Tears of a Clown was very nice too. That whole Weller covers' album is a shocker (I went out and bought 'the bottle', threw it away and left it at that) and I'm the Wellerpope and am therefore 'the nearest thing to infullable' when it comes to him.

So can we have another exception rule for live covers, encores and oh-so-knowing 'wouldn't it be fun if they played this one' things?

Dionne Warwick
bacharach & david's close to you the carpenters take
move on up
love will tear us apart
neil young cinnamon girl
i hate hate by razzy and the neighbourhood kids (!!)
stop that girl by vic godard & the subway sect
hip hip by hurrah! (!!!)
and don't touch cattle and cane.

To think of it: Hip Hip is my favourite Hurrah! song: for some reason omitted from the Rev-Ola compilation. But that makes me look for, find and enjoy the 7" and its sleeve, time and time again.

But what I meant to say is that someone has touched Cattle and Cane in a rather wonderful way, by not making it indie, etc. Have you heard Jimmy Little's take from the album Messenger? If not, go to http://www.jimmylittle.com.au/welcome.htm
and the recent albums and then Messenger.

You sure about this one?:

What about the ones by Dusty Springfield? She covered a lot of B&D songs Dionne recorded originally.

That would also include "I Say A Little Prayer" by Aretha. Dionne did that first too.

Who had first dibs on 'This Girl / Guy's In Love With You'? Dionne?

Because the Jackie Wilson cover's a good 'un.

No-one ever should really sing Tom Waits songs. They are never ever ever anything like as good as the originals.

That said, I think everyone who does it knows this. Covers of his stuff always sound much more like homages than re-interpretations. Almost as if the artist is saying 'look, this'll never be as good, of course it won't, but I love the song so I just wanted to sing it'.

I often feel like Tom Waits covers are more public statements of being in the fan club than any sort of musical thing.

Had to get my penny's worth...Wham's 'Last Christmas' as done by Whigfield, State Of The Heart, Crazy Frog...I'll fuckin' kill the lot of them. Pardon my French.