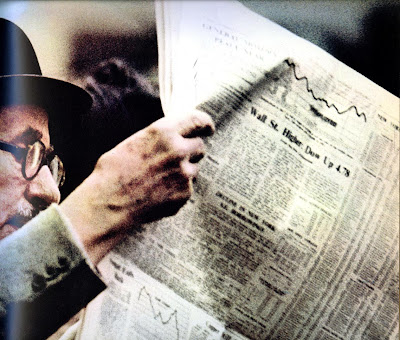 now i know i should be out placard waving and stomping about and whatnot but i'm afraid almost everything mass protesty brings out the most diabolically shallow in me (well alright it doesn't actually need an excuse these days but let's pretend it does) and the only thing so far that's got me fired up was the glorious rumour that there'd be bowler hats and brollies back on our city folk which would almost be worth getting hospitalised by bussed in from the back of beyond plod with big sticks to see. i'm sure it was losing the bowler hats and brollies and buttonholes from the flower lady and pipes and all that's made them get so despicable all over the gaff in the first place so maybe all this rioty nonsense was actually just a sneaky plan to get them back on the good foot and properly kitted out for the sake of all mankind. well i hope so anyway. 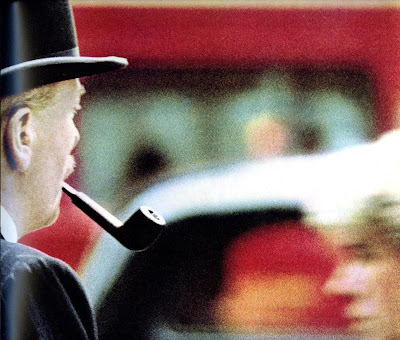 Doesn't look like it happened the way people wanted/expected it.

Meanwhile: Defunkt!!! And it's the full length version!!! I've had a gap in my music collection for a while thanks to somebody borrowing this years ago. Thanks!!!

I looked out of my office at Guy's Hospital this morning and saw a phalanx of black hoodies making their way towards the river. They were either anarchists or hedge fund managers trying to make their way incognito to Credit Suisse - 'Smash the state, yah? Bakunin? Bloody good chap.'

'Razor's Edge' still sounds great 28 years later even though not all of Defunkt sounds as funky to me now as it did back then. I've got the twelve of that.Probably my favourite tune of theirs. 'Ooh Baby' - that was another good 'un.
Especially live. And they were good live.

razor's edge turned out to be my clear the floor/time to go home track in my long lost record playing days. it's the guitar solo i reckon. but gee how i wish people would've danced
x