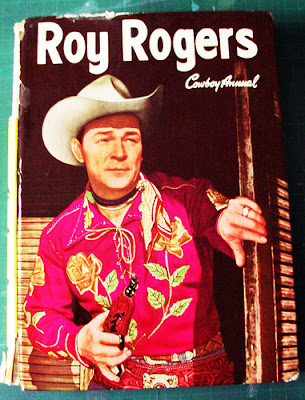 it's gone and gotten good and proper western round here kind of by accident. i've read two in a row - provinces of night by william gay and no country for old men by cormac mccarthy and then saw the film of that one so i'm pardnerin' and m'amin' and hankerin' after some of them there larry mahans in a five all over the goddamn place. now y'all should know by now that i'm kinda susceptible to a western and them there modern ones well they do the job just as good. they're sad and brooding things but then so was them old uns when they went and done set their minds to it and they sure as hell have some scenery out there. after london it's just about my favourite bit of world all that arizona and nevada and california and new mexico although those border towns are hellish frightnin' (yes el centro i'm looking at you). i don't know much about mexico but i figure it must be awful harsh if they think across the border is the place to be. and i'm a sucker for anything with that sad as hell trumpet thing that creeps into most everything around there but then i've never been able to find any anywhere apart from calexico records. show me the way my friends if you know where it's at. 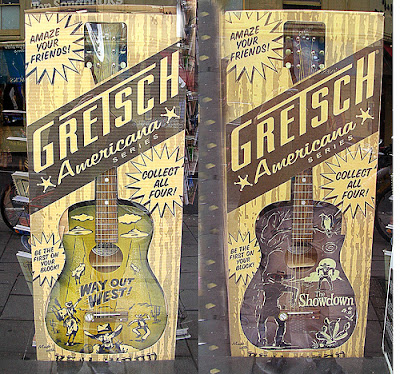 photos courtesy of south london's most wanted - the buckaroo kid

The "trumpet thing" is the signature sound of the Mariachi.
this is pretty typical:
http://www.youtube.com/watch?v=GvKf6-fSM08

Although a traditional form of Mexican music, the trumpet sound was popularized by Johnny Cash in his hit 1963 hit "Ring of Fire"
http://www.youtube.com/watch?v=Y2iv_E-Fn9E

ha-ha, no stetson yet, though I do have a fetching pair of snake-skin boots.

I love that shirt and those guitars now if only I hadn't bought one of these from Denmark St last week,

I may have grabbed a Gretch instead

(Favourite Mexican thing: the lists in ADO stations of stuff that you're not allowed to take on the coaches. 'Explosives' ranks below 'seafood'.)

Seafood can bring you out in a nasty rash.

It always makes me laugh whenever I see a poster or trailer for No Country For Old Men. It's like they're taunting pensioners or something: "No country for old men! Old men must listen to Vera Lynn and marching bands."

Oh, Dearest Ally, just you wait until I post my stories from the Double Down Saloon...

i've been giggling about the no country thing all weekend...thankyou