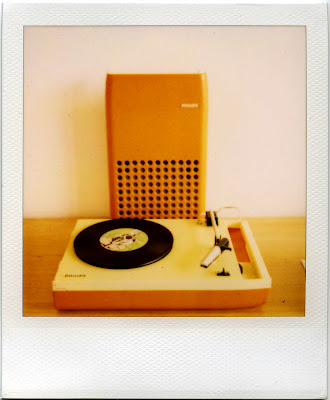 hell what can i say... there were people that didn't get the easiest in the whole world ever one two ah one two three four introduction to this. i'm baffled. flabbergasted even. i mean it still sits proudly if a bit tattered at least near the front of your singles pile even after thirty years right ? and it comes on everytime you've had a drop or two of what killed auntie ? and you're still not sure of some of the words you've been slurring along to ever since you were very very small ? there were going to extra points for getting the brackets in the right place and everything in a that thing jimmy saville used to do on sundays on the radio when i was little. i'm going for a lie down. i'll save all my clash tales for another day. they're pretty rubbish anyway. 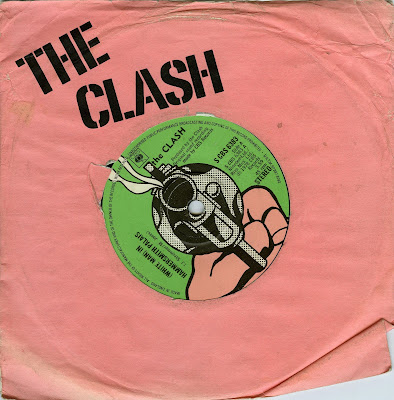 Email ThisBlogThis!Share to TwitterShare to FacebookShare to Pinterest
file under intros answers four

I love this tune - but never got The Clash, at the time I always felt they were playing catch up to the Pistols and didn't strike me as 'genuine'. (and they were the only punk band at school that the Queen, Rush and Genesis fans liked - which may have put me off too).

Great tune though - this and that 'Train In Vain'one

Mine has a yellow sleeve, I think the pink is prettier though and probably more punky.

Ah, nice to hear with those lovely dusty seven crackles. That final chorus:
"I'm the all night drug-prowling wolf
Who looks so sick in the sun
I'm the white man in the Palais
Just lookin' for fun"

the whole track just feels like it's taking off. I love the speedier rockier tracks they did, but my favourite tunes are ones like this, where you can hear Joe getting into that Strummer groove. I miss him.

As for your FABULOSA plastic orange record player...!!!!

Have to say this sleeve looks suspiciously pink, although the creases reassure me - mine did spend years at the very front of the pile and whilst the back is this colour the front is, like many things, somewhat milder with the years... Such a great song though.