oh no not again 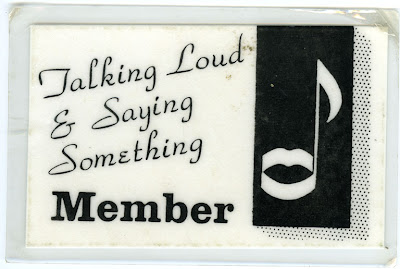 i shouldn't be allowed near hip hop records from the late eighties/early nineties (very specific i know) - they make me come over all funny and twitchy and bugger the space time continuum zooming me straight to drunk sunday afternoons in dingwalls hearing amazing tunes for the first time and dancing badly but recognising odd bits from somewhere horn stabs or bass lines or funny little wah wah noises and being surrounded by obsessed boys and girls in fine italian knitwear who would argue all day about where every snippet was from and who'd done what with it and how much the soul jazz boys with their boxes of records in the doorway would be charging for it now everyone there wanted one and hoping gilles would play it on kiss later so you could tape it. so today my sweet dears let's have some bits of follow the leader. there's still twenty years later a big bit i don't know something jazzy and beyond me in there but first play of the long lost diabolically ignored baby huey and the babysitters lp and there's those horns

baby huey and the babysitters - listen to me 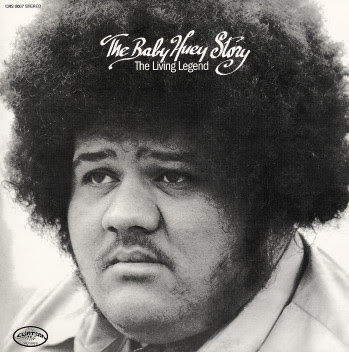 poor old huey he really couldn't take the weight and popped off when he was only 26 somehow managing to combine the to this day thought pretty impossible terrors of obesity and heroin. no bugger bought the lp in 1971 and even more astoundingly it's still kind of hard to find the reissue which really is bloomin' criminal. i mean it's got a mono version of hard times on it people. a mono version!

and if that wasn't enough coke escovedo is tucked in there too i think. i only got this really recently too on nicely reissued 45 and put up with peterson ruining my taped copy going c'mon over the top at inappropriate moments for years and years but now you don't have to

i wouldn't change a thing neither. 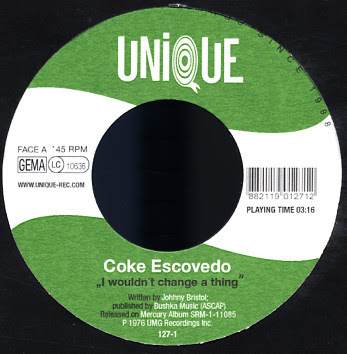 Email ThisBlogThis!Share to TwitterShare to FacebookShare to Pinterest
file under eating spam and oreos and drinking thunderbird baby

Baby Huey is a king to be sure. early 90s hip hop also leaves me in a heap on the floor but mainly from silly dancing...

What a fistful of winners...

The first Huey track is my fave (on the Curtom label too - spooky)
and I've just noticed Johnny Bristol wrote the 'Coke' track.

So what sort Thunderbird were you necking Red Or Blue?

Ally these are just GORGEOUS, thank you xx

pleasure heartface
the baby huey lp is curtis mayfield produced too and he wrote hard times. you can't go wrong with curtis.
x

and hello charlie - ta for stopping by
x

You're right about the Coke Escovedo track. Says it all in far few words than I used! Great tune!

ah ha - i hoped you'd like these spud. i think they're the best things that've been round here for a while - proper classics.
and if alistair sim said it it's got to be right
x